Like a breath of blue breeze on the rock 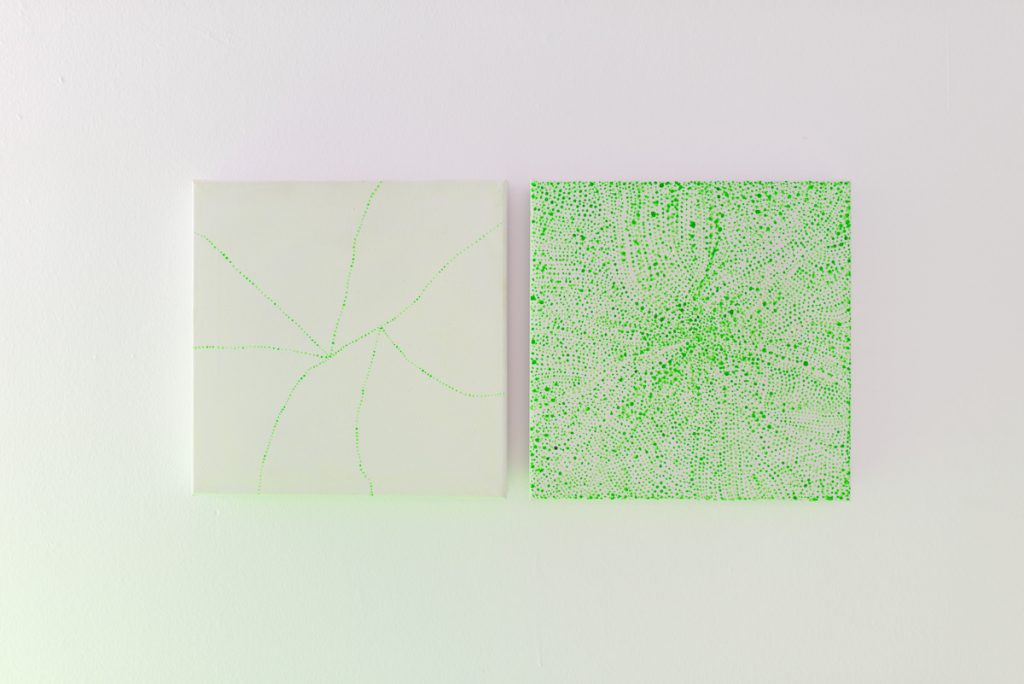 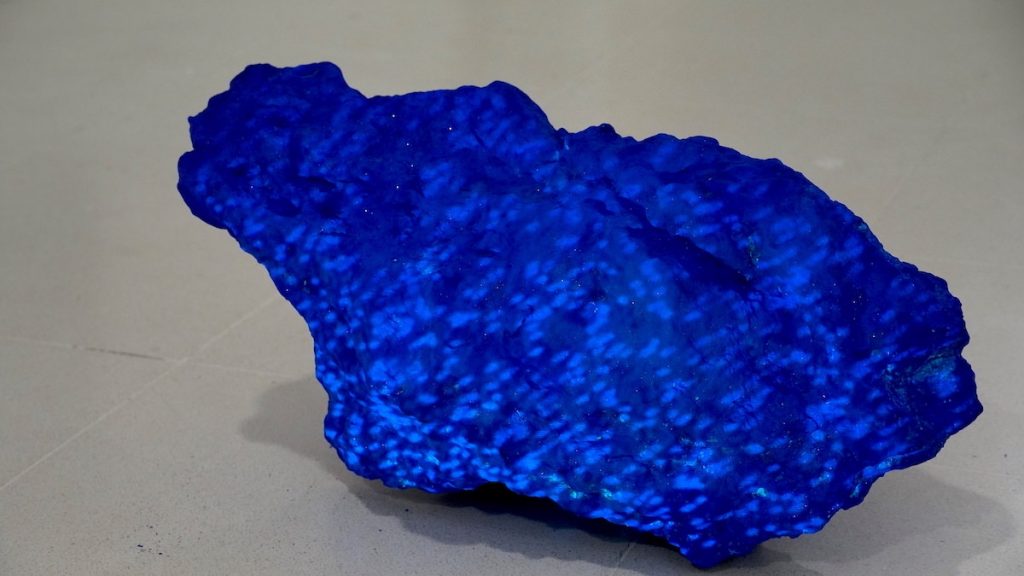 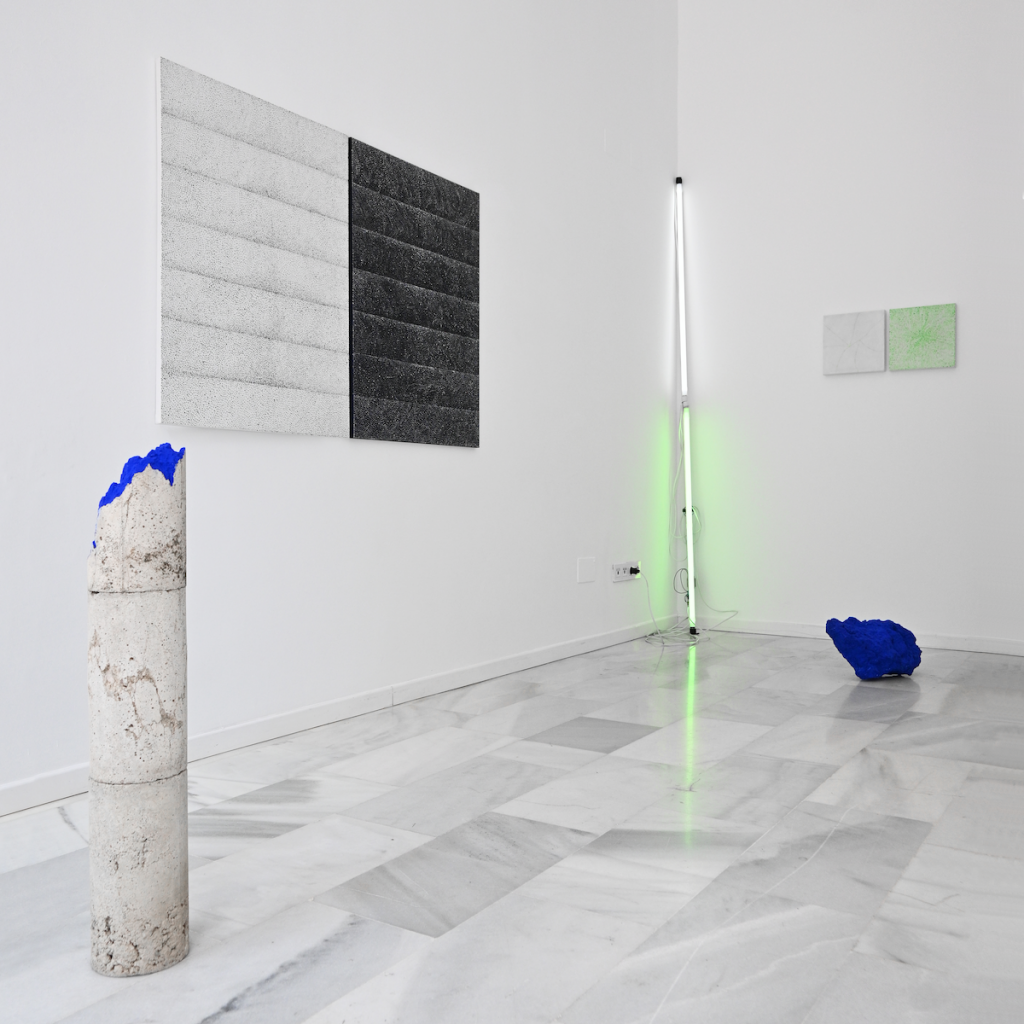 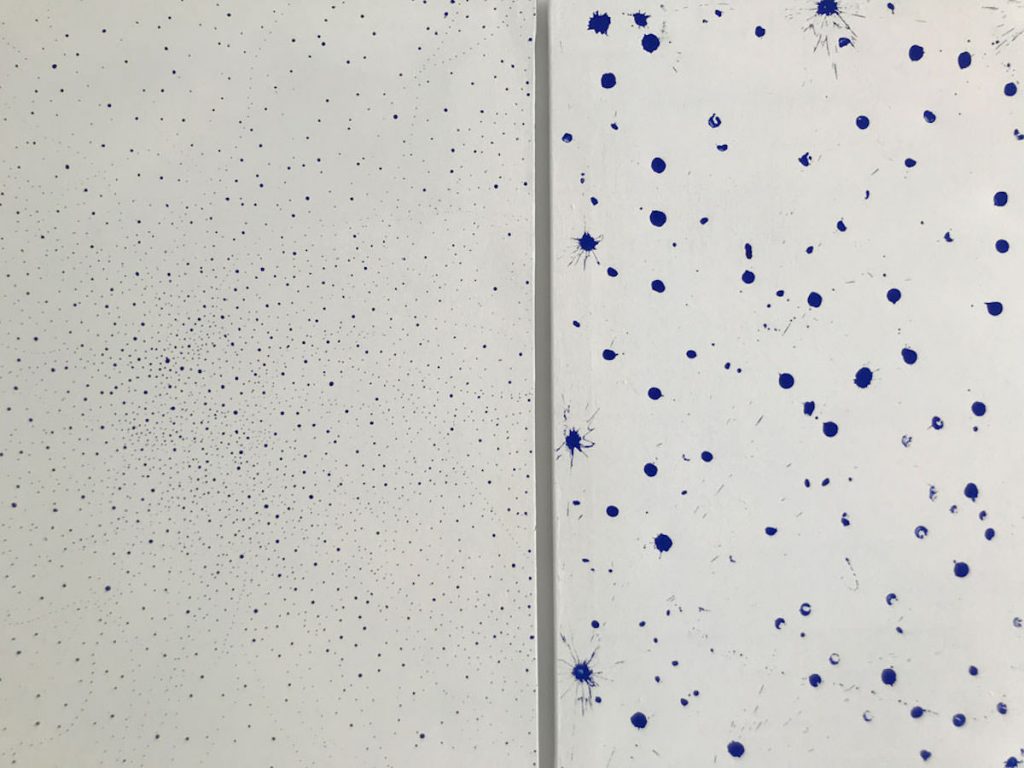 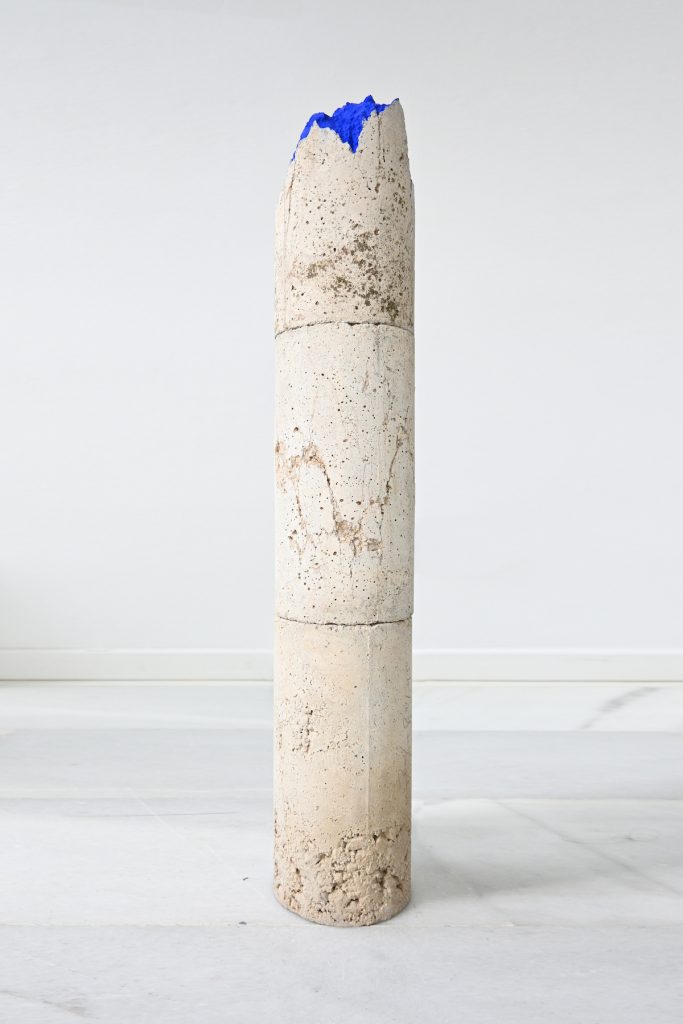 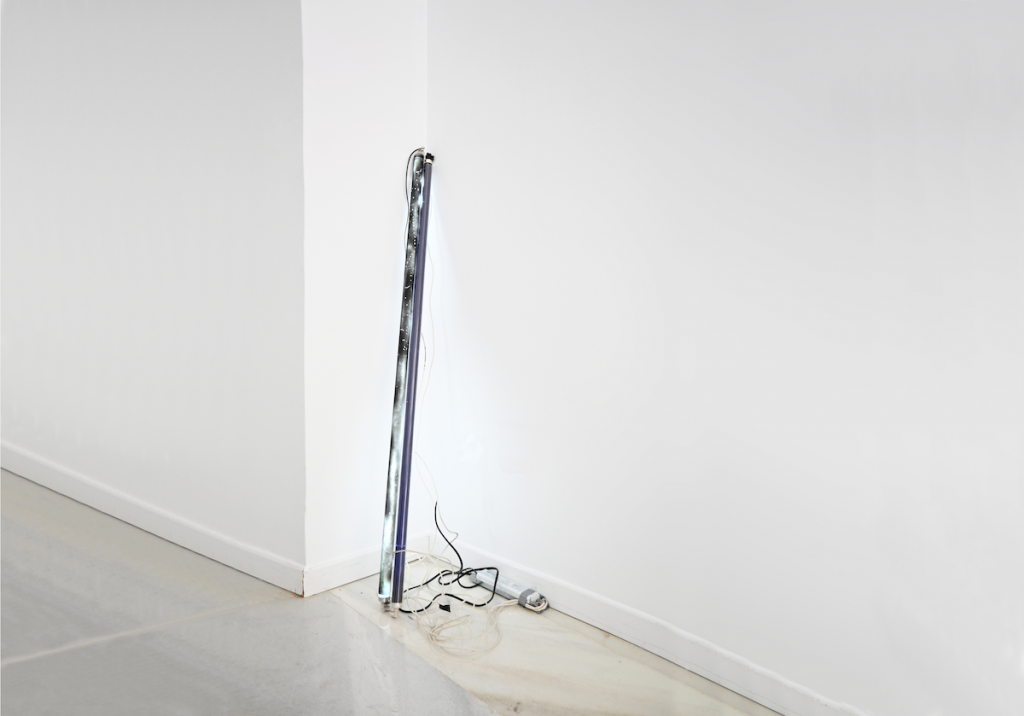 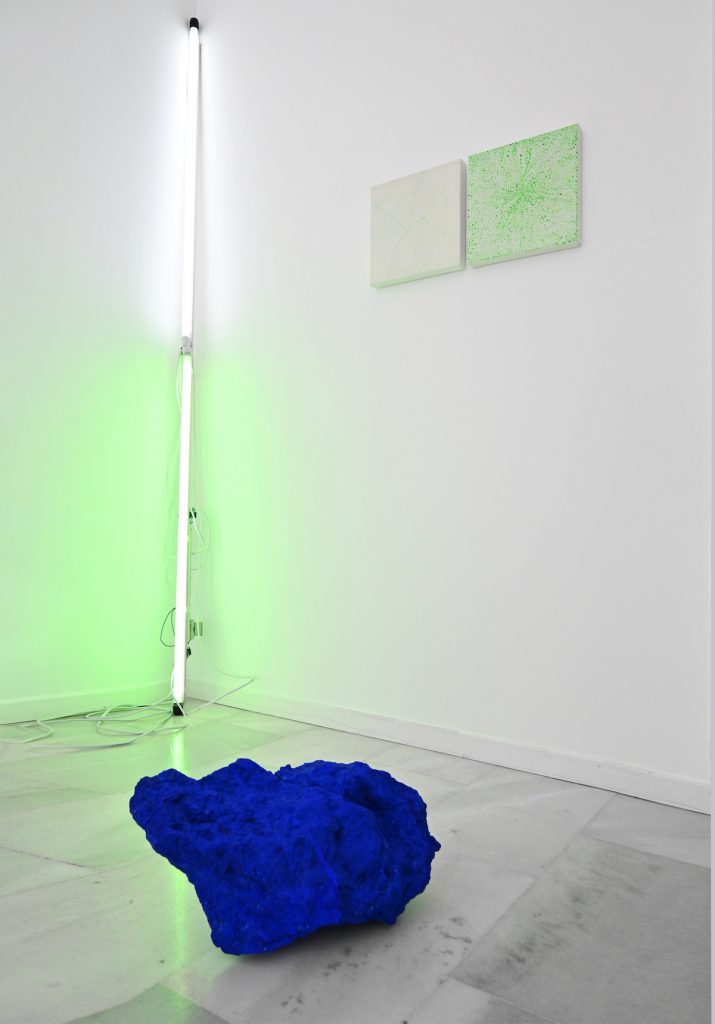 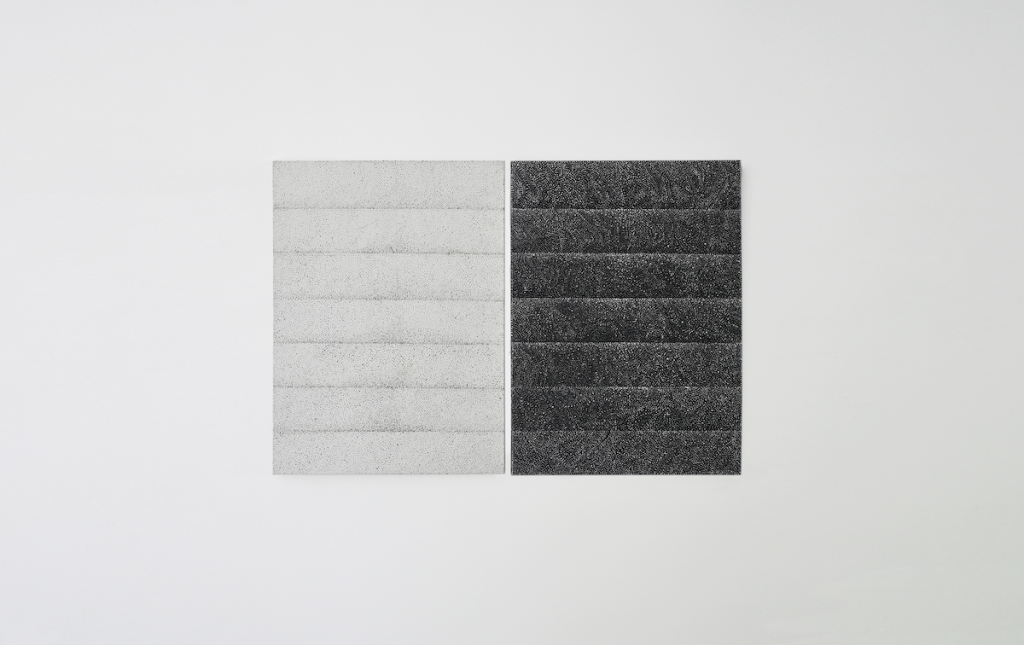 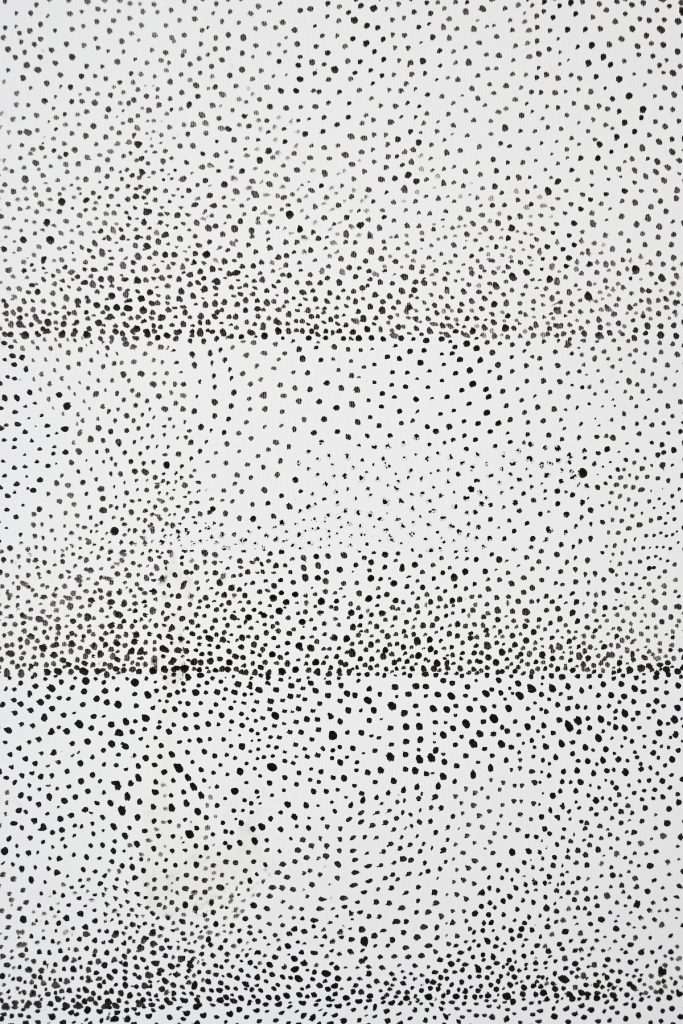 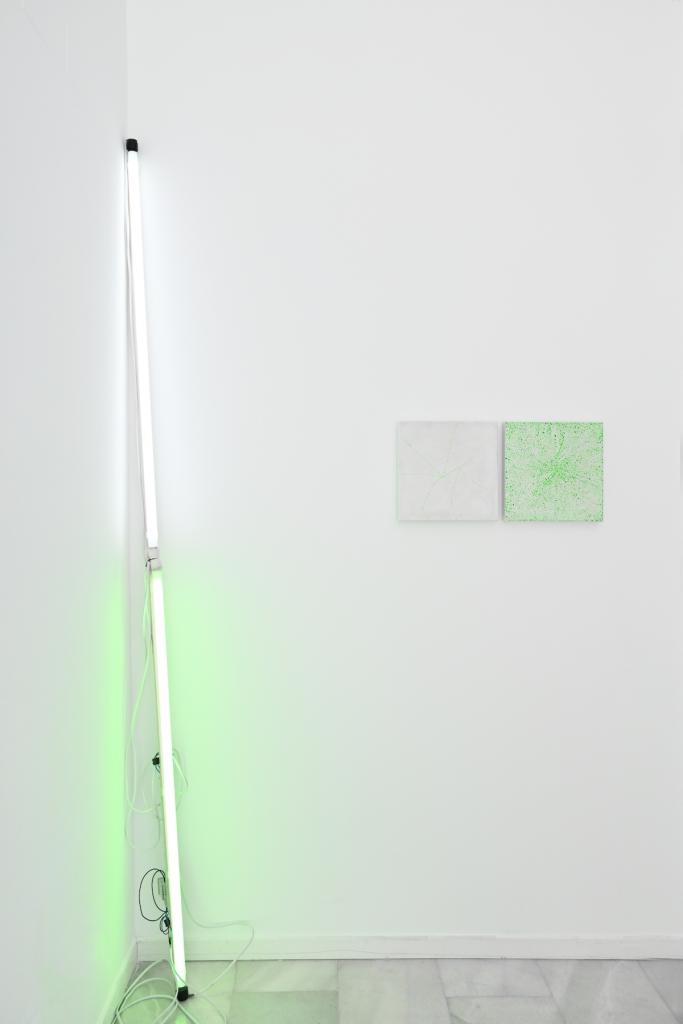 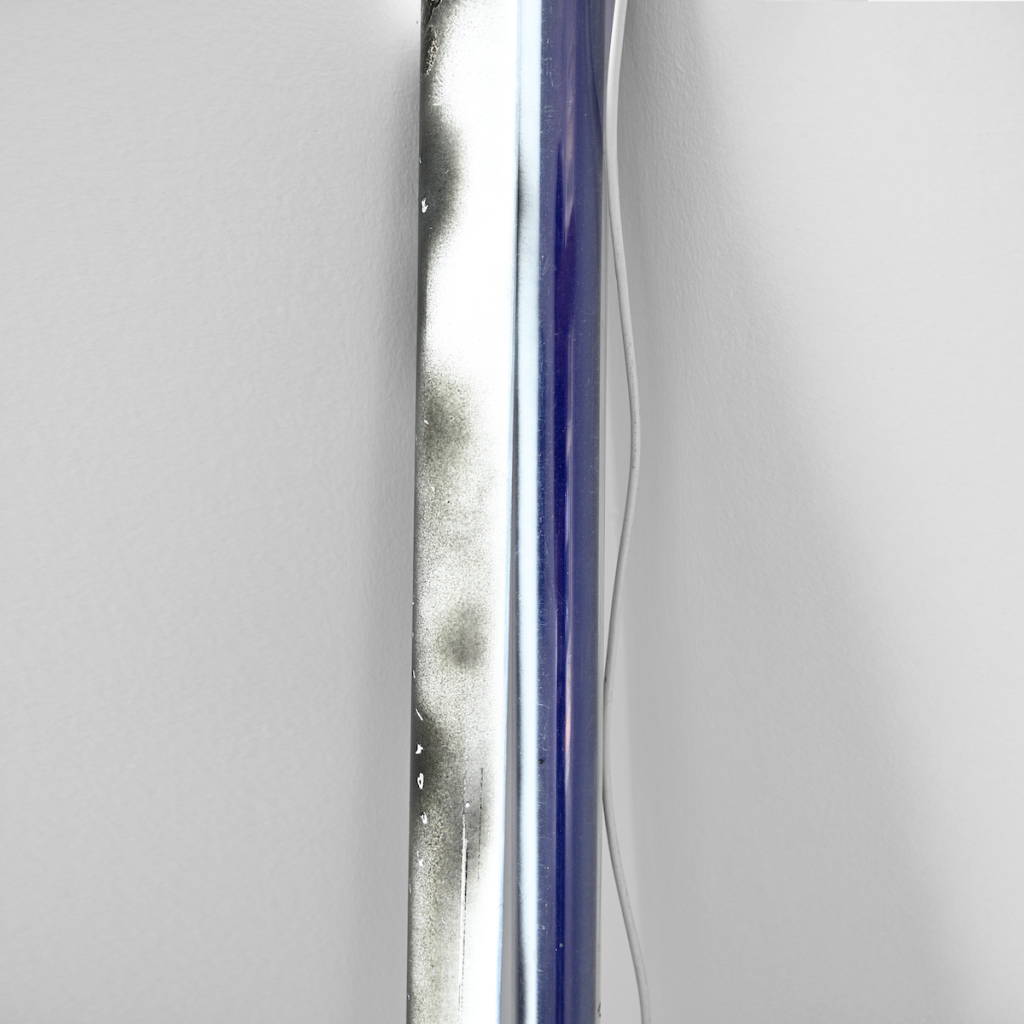 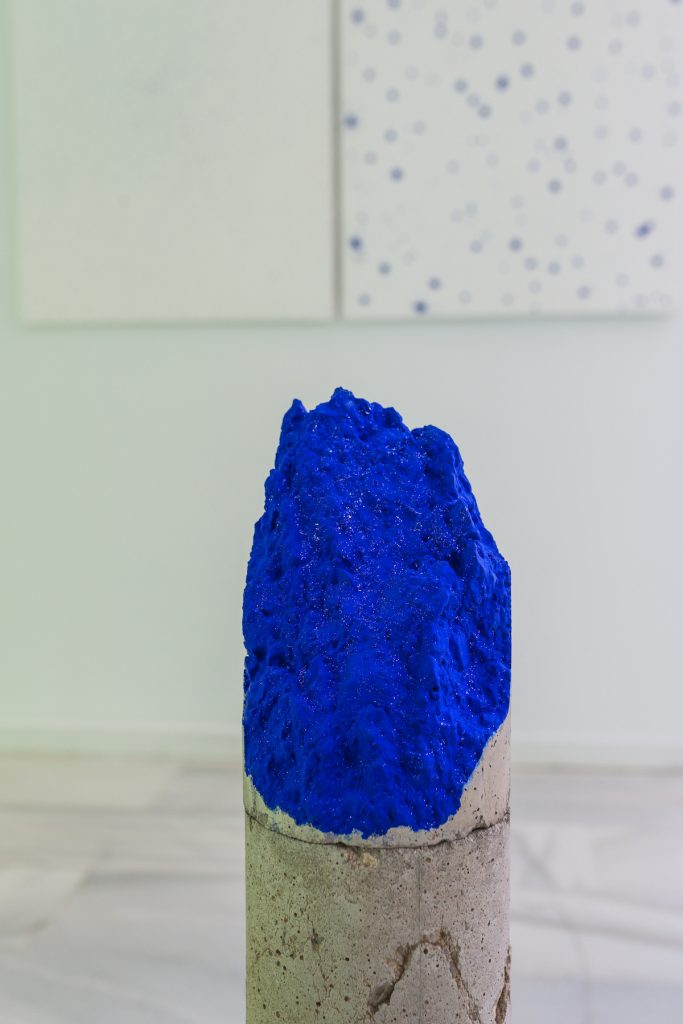 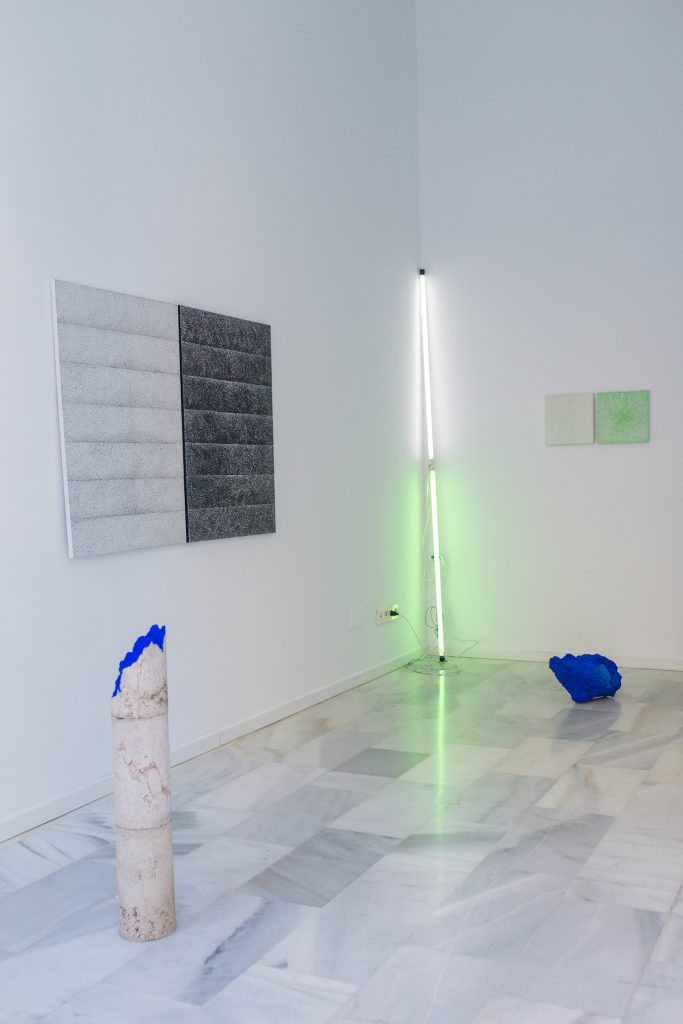 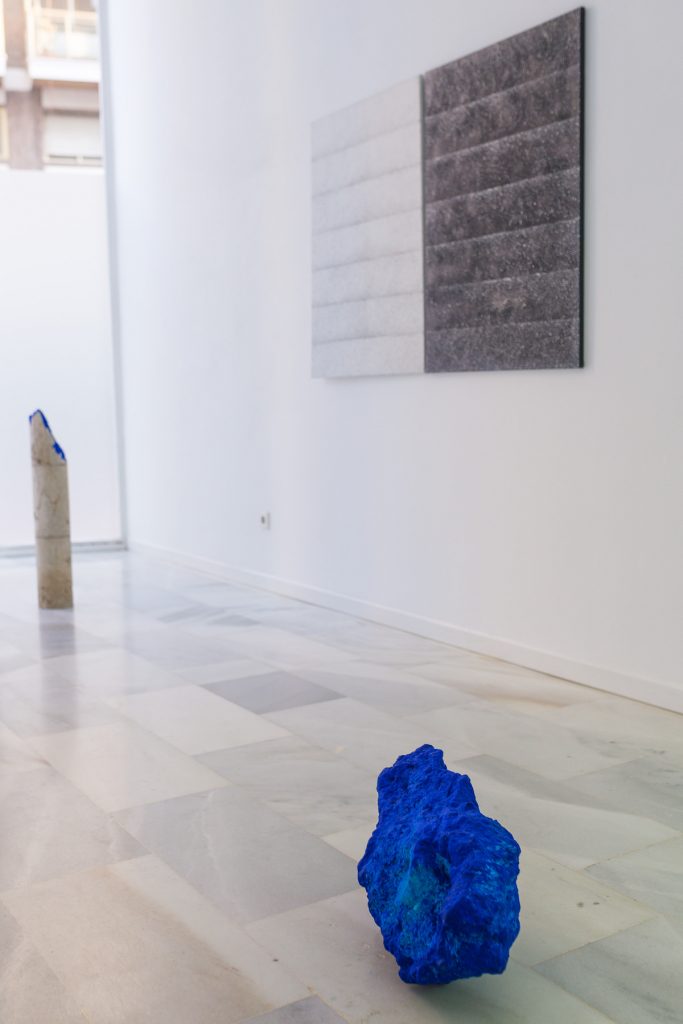 Projecting a loop drawing on a stone, painting another in blue, tracing lines or dots on a piece of paper, recording the path of an ant and, in a more obvious way, playing with a neon tube are the actions performed by Ramón González Palazón. These are ways of writing with light, of thinking of writing as inherent to light. What happens thanks to it is the sign, an effect, “the imprint of one body on another” as Deleuze would say, paraphrasing Spinoza. The sign has to be seen in some possible place, ours, mostly full of opaque bodies. Let us leave aside the shop windows and the mirrors, the pond of Narcissus and the transparent plates of methacrylate. Let us continue with the opaque bodies that go in gradation of color up to the black bodies that, according to Descartes, are so called because their color is common with that of darkness. To affect a body, to write a sign on it, to illuminate it, is a question of angle, of an angle that has become so acute “that there is no longer an angle, but a line through which two opposite visible bodies can meet each other in sight without the intervening body being able to prevent it at any point.” These words of Giordano Bruno lead us to the erotic movement of light. It happens that in this place in which we live, a kind of cavern, it requires the will, each according to his joy, to illuminate the opaque bodies, to see the shadows that are illuminated bodies, to walk in the twilight choosing the right angle to meet the other body. Bodies write each other and themselves with light because they want to be visible in this perpetual transit, even if ephemerally. “Thus we pass, like a breath of blue breeze on stone,” said José Hierro. In another place where our eyes had light or we could see through the darkness like cats, or there was a glow that illuminated everything at all angles at the same time, there would be no need for writing and we would have to invent another word than “life” for existence on a blank sheet of paper.